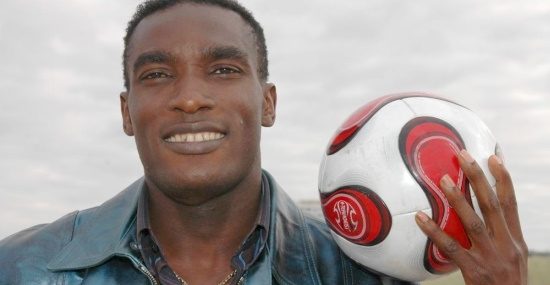 FORMATION OF VICTOR AGALI RACINES ACADEMY (VARA) TO PARTNER WITH AS RACINES
Victor Agali Racines Academy (VARA) was formed in April 2019 as a partnership comprising of three partners namely:

The major objective of the academy is to source, recruit and develop young talents between the ages of 14 -18. For those that are still in school while in the academy, the academy will finance their education by enrolling them in a private school very close to the academy. The academy has a camp (A fenced individual house with 4 apartments of 2 self-contained bedrooms/kitchen/living room each) at 7 Wosilat Abike Street, Ilobi, Imeke, Badagry, Lagos State and also a personal full size football field for the players to exercise, train and play matches. In order to give them more exposure to organized football, the academy players also serve as the players of AS Racines which is the team registered to play the league/FA matches. AS Racines currently plays in the Nigeria Nation-Wide League One (NLO – Amateur Division One. The Amateur League is structured into Divisions One, Two and Three. Eight (8) teams are promoted from the National Amateur League (Division One) to the Nigeria National League each year, while eight (8) are relegated from the National League to the Amateur League. Apart from the league matches, the academy players also play many friendly matches against top level teams.